Joined 11 mo ago
·
423 Posts
This seems to explain the rationale behind the strategy that we are taking:

Joined Jun 25, 2018
·
247 Posts
immediately, the information provided in this document is false. "The global impact of COVID-19 has been profound, and the public health threat it represents is the most serious seen in a respiratory virus since the 1918 H1N1 influenza pandemic "
Analysis of total population data (eg. South Korea, quarantined cruise ships) has shown the virus has a low transmission rate (approximately 4%) and the at risk population mortality rate is 0.6%. This is when taken into account all testing from exposure, not just testing of people who show symptoms.
Most testing to date shows 'selection bias' based on the sample populations (those showing symptoms, those likely to be susceptible). this vastly skews the data to the numbers reported by the WHO and other agencies. when looking at a statistically significant population with random or total sampling, we see far lower numbers indicating everything thus far has been an incredible overreaction based on faulty data collection and analysis.

Joined 11 mo ago
·
423 Posts
And, this includes a description of people under 70 who are at increased risk:

Stonemountain said:
Virus but most of us don´t know we got it.
That is what we been told here.
Click to expand...

Brilliant, that's what the data shows. Those people aren't tested for the virus because they don't appear sick. Data shows that 96% of people with this virus don't know or don't require any medical intervention (including being seen for a sore throat, etc).

Joined May 10, 2010
·
303 Posts
Could it just be a monumental set-up by pharmaceuticals with all kinds of consequences none of them could have foreseen? Ooh, that phrase rings a bell....

Joined 12 mo ago
·
1,223 Posts
Damn! The one constant in my life is my health and fitness pursuits and now, by government order, my gym has to close until further notice.

nigelrb said:
Damn! The one constant in my life is my health and fitness pursuits and now, by government order, my gym has to close until further notice.

nigelrb said:
Damn! The one constant in my life is my health and fitness pursuits and now, by government order, my gym has to close until further notice.

Going to 'self isolate' for a few miles on a couple of bikes. My only hope will be that there's no problem with service stations. Fortunately, I know of a few with 'pay at the pump' facility. Have a good day, guys!!

Stonemountain said:
In Sweden many good restaurants and hotels will go bankrupt soon.
Click to expand...

In the UK, we are printing money and paying a proportion of salaries ...... 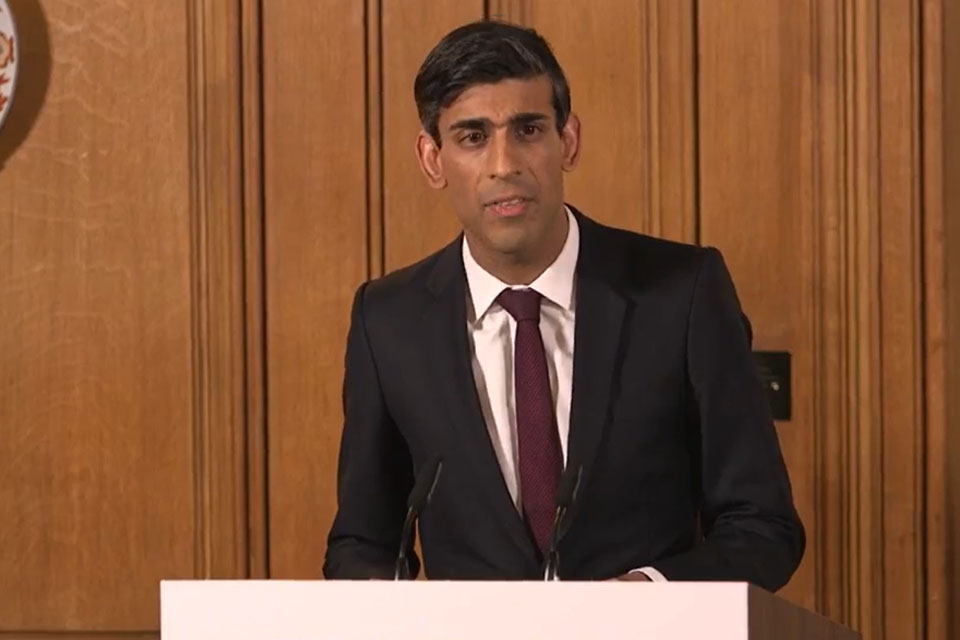 The Chancellor Rishi Sunak provides an updated statement on coronavirus.

The Chancellor unveiled today (20 March) a further series of measures to support people, jobs and businesses.

We’re setting up a new Coronavirus Job Retention Scheme.
Any employer in the country – small or large, charitable or non-profit - will be eligible for the scheme.
Employers will be able to contact HMRC for a grant to cover most of the wages of people who are not working but are furloughed and kept on payroll, rather than being laid off.
Government grants will cover 80% of the salary of retained workers up to a total of £2,500 a month – that’s above the median income.
And, of course, employers can top up salaries further if they choose to.
That means workers in any part of the UK can retain their job, even if their employer cannot afford to pay them, and be paid at least 80% of their salary.
The Coronavirus Job Retention Scheme will cover the cost of wages backdated to March 1st and will be open initially for at least three months - and I will extend the scheme for longer if necessary.
I am placing no limit on the amount of funding available for the scheme. We will pay grants to support as many jobs as necessary.
And can I put on record my thanks to the Trades Union Congress, the CBI and other business groups, for our constructive conversations.
We said we would stand together with the British people – and we meant it.

There has been some limited whinging, but, the general consensus is positive.

Michael Osterholm is an internationally recognized expert in infectious disease epidemiology. He is Regents Professor, McKnight Presidential Endowed Chair in Public Health, the director of the Center for Infectious Disease Research and Policy (CIDRAP), Distinguished Teaching Professor in the Division of Environmental Health Sciences, School of Public Health, a professor in the Technological Leadership Institute, College of Science and Engineering, and an adjunct professor in the Medical School, all at the University of Minnesota.

Joined 11 mo ago
·
423 Posts
On a lighter note, self isolation taken to one extreme, and he's getting more miles in than some of us:

And, all respect to him for including the outtakes! Very classy!

UK news yesterday reported some foodstuffs prices being increased due to demand.

My experience is positive though. Last week I ordered two boxes of vinyl gloves for my cleaning and maintenance work. Price was £7.11 per box. Today, after all the demand for protection, the price is £9.99 per box.

So yes, it can be a 'buyers market', but only at certain times!
S

Joined 11 mo ago
·
423 Posts
Our lot are being impressively creative and action orientated:

London Excel conference centre to be field hospital for 4,000 coronavirus patients
The Excel London convention centre will be converted into an NHS-run field hospital for 4,000 coronavirus patients, the health secretary has announced. Matt Hancock said the temporary medical facility, set up with the help of the armed forces, will be called NHS Nightingale Hospital. The Docklands site in the east of the capital will open next week initially with 500 beds, all equipped with ventilators and oxygen. Mr Hancock said the ambition will be to build two wards with 4,000 beds in total.

London Excel conference centre to be field hospital for 4,000 coronavirus patients — The Times and The Sunday Times

There has been some limited whinging but generally the response is positive.

Joined 12 mo ago
·
1,223 Posts
Will be a heap of overtime then for bed and equipment manufacturers. Even having a ready supply of 500 beds at some considerable cost per unit, seems unbelievable.